It’s hard to ask any more from a sweepstakes than to award a prize (and a very sweet prize at that) each and every day that it’s up and running.  One contest that meets such an incredulous request is the newly released Sneaker Stash promotion from Ruffles.  The promotion will be awarding a fresh pair of sneakers to one lucky participant each of the 30 plus days that it stays active (dates to hone in on are July 29th, 2018 where a pair of Jordan’s valued at $1,200 will be awarded and August 5th, 2018 where a pair valued at $1,500 will be awarded).  The registration process for the promotion can be initiated by typing the code found on specially marked Ruffles bags into the online form found at RufflesSneakerStash.com.

A Deeper Dive Into the Prize Pool 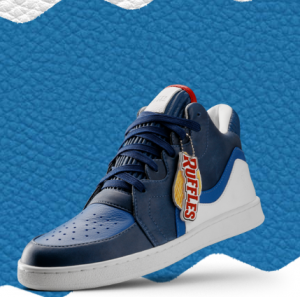 The participant engagement driven by the special code requirement combined with the action of the Daily Prizes sends this sweepstakes soaring to the tops of the rankings.  One fallback (albeit a slight one) is the overall value of the prize pool which is less than the total value of some single prizes (cars,trucks, etc.) awarded in other sweepstakes.  Overall, the sweepstakes is well deserving of 3 hot slices.

It should be mentioned that up to 10 codes per day can be obtained by calling 866-500-3829.  An online copy of the Official Rules of the promotion can be reviewed at RufflesSneakerStash.com.

View all posts by SweepstakesAdmin